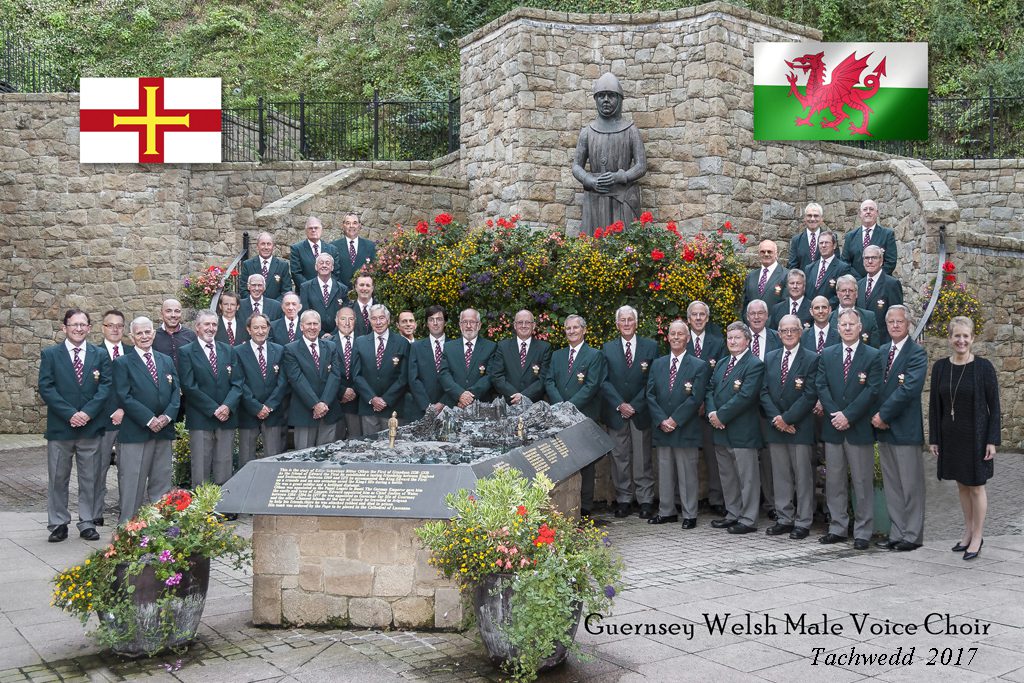 The Guernsey Welsh Male Voice Choir was first formed in 2003 under the guise of “Welsh Boys Aloud”, when a group of Welsh expatriates from the Guernsey Rugby Club decided the time had come for Guernsey to experience the unique sound of a Welsh male voice choir.

• supported touring Welsh male choirs on their visits to Guernsey

• been a regular participant in the Guernsey Eisteddfod

• held its own gala concerts as a fund raiser for the choir’s annual nominated charity.

The choir was renamed the Guernsey Welsh Male Voice Choir in 2014 and has a Welsh and non-Welsh membership of some 40 individuals.

In May 2017,the choir were delighted that Mr Douglas Perkins accepted an invitation to become their Patron

The choir sing at many events, amongst them: concerts,charities,weddings,birthdays,funerals,Care Homes etc. We charge a fee [which is donated to our charity of the year] but do not charge Charities.

Our website provides information on our repertoire, feedback from appreciative supporters/audiences and links to some of the charities we have supported. If you require any further information or are interested in becoming a member of the choir, please contact our Secretary, Terry March.

Cost: Annual subscription of £35 plus individual cost of uniform upon joining, approx £50.